EUROPEAN OPEN 2021 HAS BEEN A HUGE SUCCESS

The European Open 2021, thanks to Tennium, brought for the sixth consecutive year the best tennis to Belgium consolidating it as the greatest tournament in the country. From October 17th to 24th, around 20,000 people were passing through the Lotto Arena of Antwerp to see one of the most thrilling and spectacular editions of this tennis tournament.

The 20-year-old Italian Jannik Sinner managed to win the 6th edition of the European Open in the final against the Argentinian Diego Schwartzman in two sets, 6/2, 6/2. Italian started strongly and immediately cashed a break, nothing seemed to be able to stop Sinner who quickly settled the first set and after an early break in the second set put himself on course for the Championship. The Italian can now call himself the youngest winner in the history of the European Open.

Two other big names at the tournament were among others, Schwartzman and Murray. The Argentine No. 16 of the world was in the final of the European Open for the third time, before reaching the final he defeated one of the revelations of the tournament American Jenson Brooksby and in the quarter-finals, he won against the Two-time Olympic champion Andy Murray. The British have not been able to repeat his first match of this European Open, the fifth-longest three-setter since 2008, against Frances Tiafoe in probably the most entertaining and great match of the tournament.

Nicolas Mahut and Fabrice Martin crowned themselves the doubles champions of the European Open 2021 in 2 sets 6/0, 6/1. In an almost perfect final against the Dutchmen Koolhof/Rojer, the French duo did not give away a single game in the first set and won 6/0. In the second set, there was no strong enough answer from the camp of Rojer/Koolhof and the French conquered the championship.

One of the big names of the tournament that drove the Belgian crowd crazy was Xavier Malisse, the return of the Belgian player to competition 8 years after his retirement was unbelievable. Malisse at the side of his pupil South African Lloyd Harris, was one step away to qualify for the double’s final after a very strong tournament week. The Belgian-South African team reached Saturday’s semi-finals after defeating No.2 seed duo Dodig/Melo in the quarter-finals and Arneodo/Reid in the first round. It was great to see Court 1 and the Lotto Arena almost full house cheering the Belgian legend in all the matches.

Rakuten Viber and Tennium join forces to promote world tennis hopefuls. Rakuten Viber, one of the world’s leaders in free and secure communications applications, is pleased to present its sponsorship with Tennium, a global tennis platform, to support and promote the young international tennis stars of tomorrow.

As part of this agreement, 6 young up and coming talented international tennis players from different geographical regions of the world, will be sharing their experiences with Viber users in a specially dedicated community. The talents are the following : 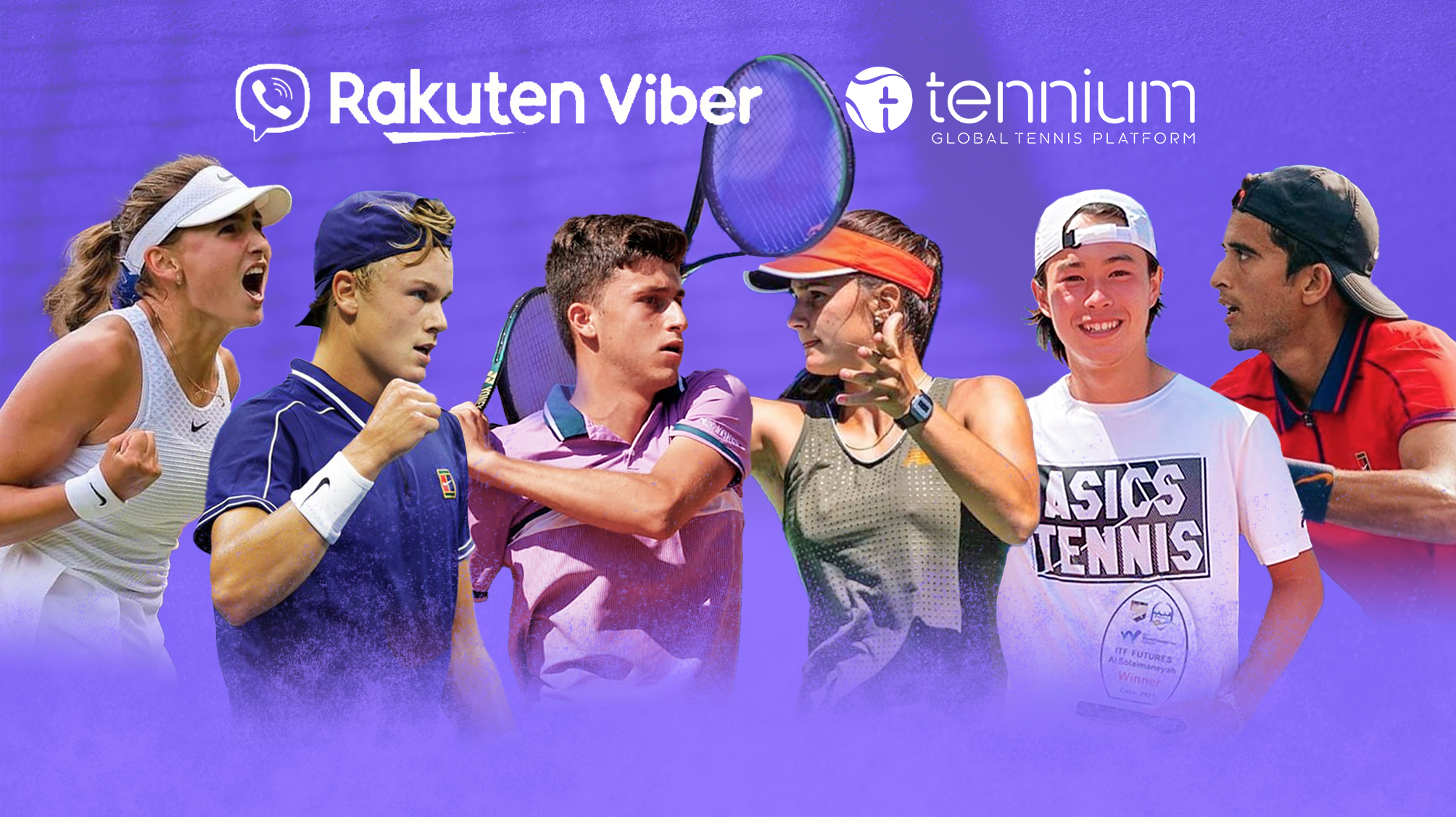 Enric Molina, Partner and Executive Director at Tennium: “We are very excited about partnering with Rakuten Viber in this new and ambitious project and to support some of the most talented tennis of the next generation of players. We are fully aligned with Rakuten Viber’s values and vision as we look forward to offering a whole new experience to the fans in their interaction with athletes.” Holger Rune said “Engaging with fans through Viber is super fun and entertaining and something that feels very natural to me”. Victoria Jimenez Kasintseva also added: “I love the Viber messaging app and all of its features, particularly the stickers that they have created for us!”

It’s part of Viber’s DNA to look for the gamechangers with outstanding future potential, which is why we also support the top tennis talents. Over the years we have shown that we are keen to give life to inspiring and entertaining campaigns in sport and tennis in particular”, said Atanas Raykov, Senior Director – EMENA at Rakuten Viber.

The Viber-Tennium’s Project is designed to help the development of promising tennis players in a context where it is becoming increasingly difficult to make a name for oneself. It is constantly evolving and now has more than 280,000 members in its community named Viber Tennis Academy (VTA).

As part of this partnership, Viber Tennis Academy fans around the world will enjoy exclusive content on Viber including:

Results so far are impressive: