Our three confirmed players for the #EuropeanOpen David Goffin, Richard Gasquet and David Ferrer are doing an excellent job in Roland Garros.
Goffin defeated Nicolás Almagro on the 3rd Round and will play today against Gulbis to have a place in the quarter-finals. The Spaniard David Ferrer won the 3rd Round towards Feliciano Lopez and will be facing Tomas Berdych today. The winner will move on to play either Novak Djokovic or Roberto Bautista Agut in the quarter-final. On the other hand, Frenchman Richard Gasquet has reached the Roland-Garros quarter-finals for the first time with his defeat of Kei Nishikori. Gasquet will face the second seeded Andy Murray in the QFs. 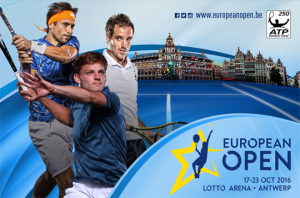 Kristoff Puelinckx, co-founder and CEO of Tennium, announced yesterday May 10th the arrival of the European Open in Antwerp, Belgium. The ATP 250 tournament will take place at the Lotto Arena from 15th to 23rd October 2016. 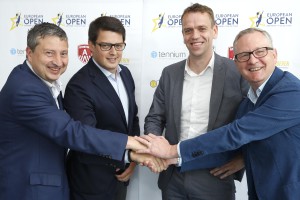 The European Open has just launched its website www.europeanopen.be where you can find all the information regarding the tournament.

The prices of the tickets vary from 10€ to 70€, depending on the categories, seats and days of the event. You can purchase your tickets here.

You can also follow the European Open on the Social Media:

We are excited to announce the European Open, a new ATP World Tour tournament owned by Tennium. It will take place in Antwerp, Belgium, from 15th to 23rd October in the Lotto Arena.

We just launched the social media of the tournament, take a look and be the first one to know the updates!