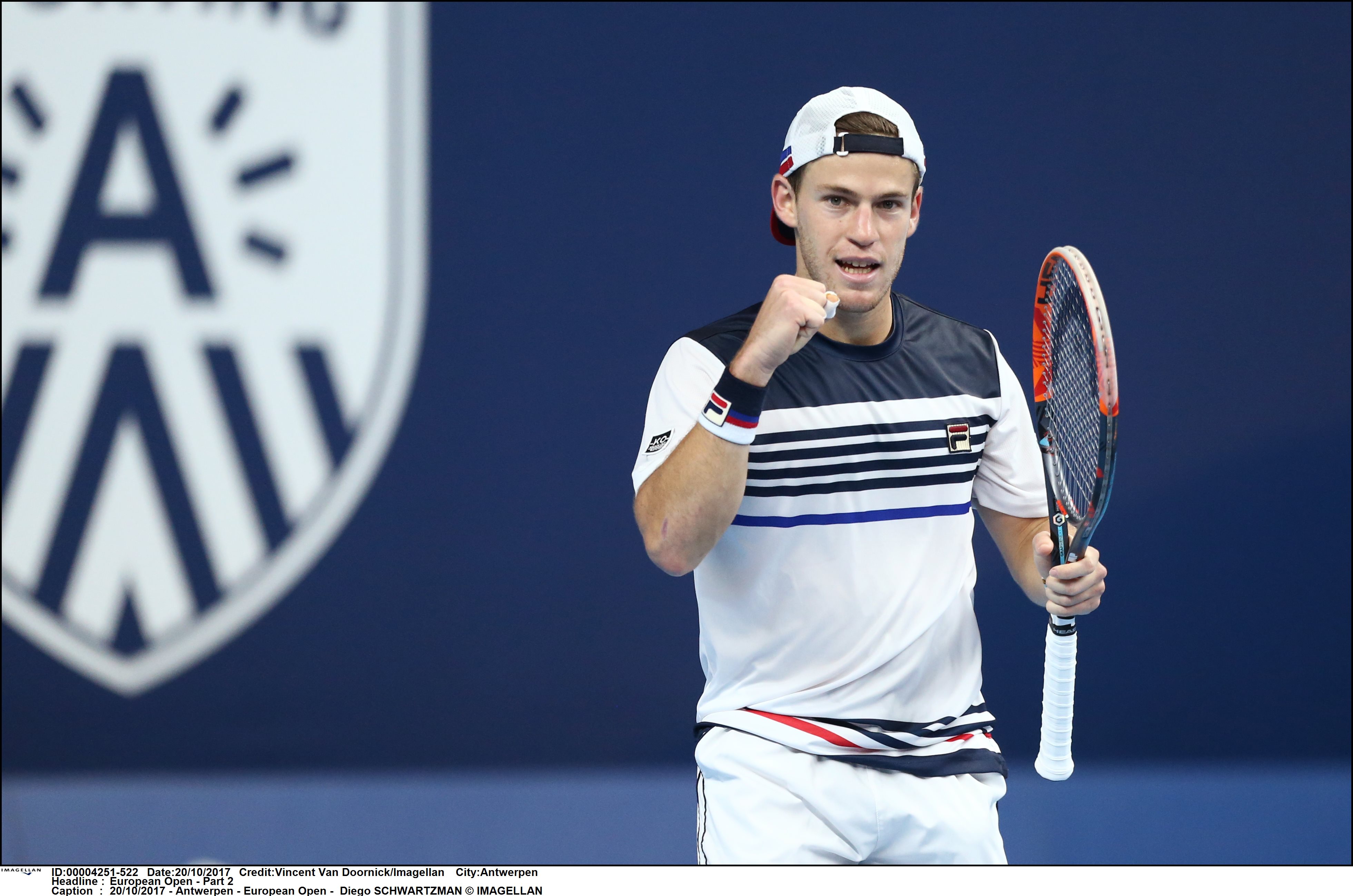 Diego Schwartzman and the European Open appear to be a successful marriage. For the second consecutive year, Argentina is in a position to win the final. In the final (16.15hrs), Jo-Wilfried Tsonga awaits.

Diego Schwartzman finished the second half of the day playing Stefanos Tsitsipas who was a bit too strong for home player David Goffin in the quarterfinals. After a straight 6-3 in the first set, the spectators in the Lotto Arena got to see numerous exciting rallies and high-end tennis in set 2. Only at 5-5 did Schwarzman distance himself from the 19-year-old Greek. For Tsitsipas this was an end to a great week, for Schwartzman it will be his second final in a row at the European Open. Last year he succumbed to Richard Gasquet in the final. Like last year, another Frenchman awaits, this time it is Jo-Wilfried Tsonga.